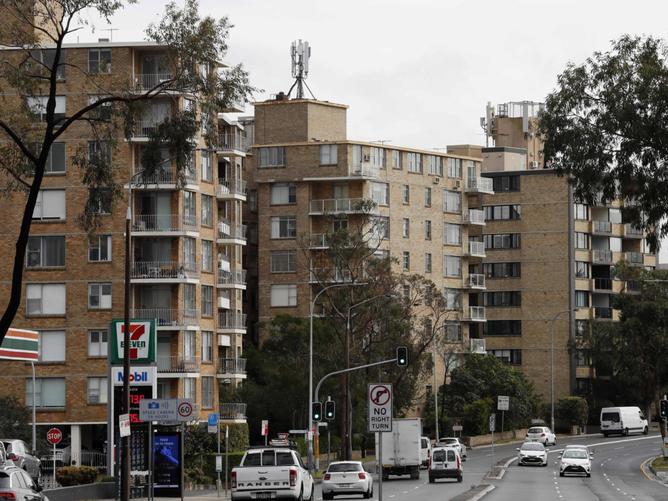 Real estate experts predict apartment sales will go up as

As interest rates continue to rise, some real estate experts are predicting a boost in apartment sales across Australia due to the large gap between the median price of houses and units.

The Reserve Bank last week increased the cash rate target by 50 basis points to 1.35 per cent.

It also increased the interest rate on exchange settlement balances by 50 basis points to 1.25 per cent.

James Kirkland, the director of sales for national real estate agency Upside Realty, told NCA NewsWire buyer borrowing power was being reduced and it was being felt across the property market.

Mr Kirkland said he expected lifestyle apartments, which offered green spaces and amenities, would be especially seen as a viable alternative for those who could no longer afford a house.

“Since March 2020, capital city unit values have risen 9.8 per cent, compared to 24.7 per cent for houses, which makes them a more affordable option for people,” he said.

“The median price gap between houses and apartments has been widening for some time now and with the latest interest rate rise, there will be buyers having to re-evaluate their budgets.

“When looking at what they can get for their dollars, we’re expecting to see many reconsidering apartments because in some cases they can get better value for their money.”

“Complexes that offer amenities like pools, gyms, cinema rooms and have lots of green, open space and communal areas are going to be the most popular with buyers,” he said.

“It may mean for some people that, in order to stay in their suburb of preference, they may just need to consider an apartment now instead of a house.”

Mr Kirkland said the median house price in Australia’s combined capital cities was $937,101 while the equivalent median unit price was $643,795.

“But in many capital cities there’s a far larger gap, such as in Sydney, where it will cost you nearly twice as much to buy a house compared to a unit,” he said.

“House prices have grown six times faster than unit prices over the past two years.”

Mr Kirkland said the high cost of construction would also be a factor for prospective buyers.

“When confronted with a house that needs work versus an apartment with everything already taken care of, some buyers may not be prepared to take the risk of overextending themselves for a renovation,” he said.

But it is a different story in the west, where the property market has been in stark contrast to the east coast during the pandemic.

Real Estate Institute of Western Australia president Damian Collins told NCA NewsWire there was no doubt that as prices went up and people “felt the squeeze” they would need to make a choice about where to live.

“That’s why we’ve seen over the past five to 10 years, apartments are more than half of all new construction in Sydney because property is so expensive,” he said.

“I think Perth’s in the early phases of much more demand for apartments but we are still very affordable at the moment for houses. Our median price is the lowest of any major capital city.”

Mr Collins said for people in WA apartments it was more of a lifestyle choice rather than an affordability issue.

“Generally across the board in Perth, the apartment market has been driven by lifestyle downsizers and the younger people who want that lockup and leave lifestyle,” he said.

“As interest rates go up, we might see a small change to that, but I don’t think the cost of living and affordability is going to have a huge impact on the apartment market, at least in the short-term, because overall we remain very, very affordable.”

Mr Collins said while rising interest rates could “dampen” the market, most people would cope.

“Any interest rate rise is going to have some level of dampening on the market; it’s just simple maths,” he said.

According to the big banks, many people are ahead with their repayments, so they have a buffer.

Mr Collins said even if interest rates went up to five per cent, it should not be too great a burden for most people, but he doubted it would get that high.

“I don’t think rates are going to go up nearly as high as some of the markets are forecasting purely because it will have a serious impact, particularly now to the bigger cities of Sydney and Melbourne, where their relative mortgage levels are much higher, particularly compared to their income,” he said.

“Certainly in the WA context, yes, some people will be hurting. That’s always going to happen. I think the vast majority of people will be able to cope.”

“We don’t have enough houses for sale, the economy’s very, very strong, demand is still there, population growth is returning now from international migration, albeit slowly,” he said.

“I’m still confident that we’re going to see modest price growth this year, but also into next year as well.”